The Conservatives are using austerity as a political weapon against the poor, the weak and the vulnerable. Their vicious austerity policies have widened inequality and left millions hungry and living in poverty.

Steve regularly speaks out in Parliament against welfare cuts that have punished poor people. He called for Universal Credit to be halted after meeting local families forced into debt and out of their homes. As Shadow Minister for Children, Steve has attacked the Conservatives for leaving over 4 million children in poverty here in one of the richest countries on earth.

This summer, millions of children face holiday hunger as their parents can’t afford to feed them while they’re out of school. That’s why Steve has set up the Croydon Foodbank Project and asked Labour Party members to help by taking donations from collection points to local food banks.

Only a Labour Government will reverse the cuts that have left millions in poverty. But we can’t just stand by while so many suffer. I’ve set up a project to make sure local foodbanks don’t run out of food this summer. I hope every Labour Party member will volunteer to help and show our community that we won’t let people go hungry.

If you’d like to get help Steve with the Croydon Foodbank Project, please email him at: [email protected] 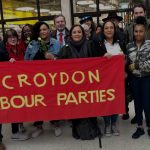 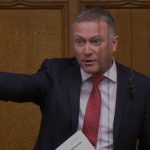